How are breast cancer drugs discovered and approved to treat patients?

Development of drugs can take five years or more. In the meantime, clinical trials are a great way for eligible patients to get early access to promising treatments that insurance companies do not yet cover.

Scientists around the globe are constantly searching for new ways to treat, prevent and even cure cancer. Most cancers are treated with some combination of surgery, radiation therapy and intravenous or oral medications called chemotherapy (“chemo” meaning chemical). There are hundreds of chemotherapy drugs for all different types of cancer available. They work by killing fast-growing cells in the body, which is also what cancer is—multiplying cells that have begun to spin out of control.

But how do these drugs come to market for patient use in the clinic? We’ve heard a lot about the development and approval of COVID-19 vaccines over the past couple years. While the vaccines followed the same strict protocols, the whole process was prioritized for emergency public health needs. Normally, a drug development process can take years.

Breast oncologist Linda T. Vahdat, MD, MBA, section chief of medical oncology at Dartmouth Cancer Center has been directly involved in the development of 3 major drugs that have been approved to treat people with breast cancer. She breaks down the process and explains how it works.

Linda Vahdat, MD, MBA: The development of a cancer drug begins when clinicians and researchers have an interest in a particular disease or identify an unmet need—maybe a cancer that has no treatment options. The first task is to understand the critical steps that happen as cells go from normal, to abnormal, to cancer to spreading cancer. The goal is to interfere with those critical steps.

From there, work is done by PhD laboratory scientists, usually at universities, in cell lines or in vitro models. Picture test tubes and petri dishes in science class—that’s where it begins. Laboratory scientists will look at lots of new and different things in the cells. If they find something interesting or potentially useful, the cell will be put into an in vivo model, which is usually a genetically engineered mouse model with a tailored genetic blueprint, or a mouse that develops natural cancer. Under very controlled conditions, the scientists determine if what they thought might be important, really is important.

The next step is to look for a drug that will hit a specific biological target. Using a process called high-throughput screening, thousands to millions of compounds are screened against the pathway of interest in a very short period of time. Sometimes the drug identified already exists and is approved by the U.S. Food and Drug Administration (FDA) to treat whatever has been found in the studied cells. If there are no matches for existing drugs, the scientists then look into designing something. At that point, the in vitro and in vivo testing starts all over again. There is a lot of trial and error in these initial steps and it can take years to even get this far. Even if it’s fast-tracked like the Covid vaccines, it can still take a year.

Once the scientists think they have a drug candidate, foremost importance is making sure it’s safe. This is done by investigational new drug toxicology studies through the FDA. During these studies, scientists make sure they understand how the drug is processed in the body and what the side effects are. They use this information to design a Phase I or first-in-human clinical trial, the goal of which is to determine optimal dosing, safety and side effects, as well as learn what diseases the drug candidate might be useful for.

With this information narrowed down, a Phase II clinical trial is conducted to determine how well the drug works for a more discrete population with specific diseases or disease characteristics. For example in breast cancer, we might look to see how effective a drug is in someone with metastatic triple-negative breast cancer who's had at least 2 lines of therapy that had to include Trodelvy®. It gets very particular.

Clinical trials in humans are led by clinician researchers such as an MD or an MD, PhD, who is licensed to care for patients. This principal investigator works with a team of clinical research specialists and administrators to consent and enroll eligible patients according to very detailed criteria set by an Institutional Review Board (IRB). Extensive protocols are followed to ensure patient safety. It’s a tremendous amount of work to stand up even one clinical trial.

Once safety and efficacy is known, the drug may be studied in people whose cancer hasn’t spread yet to try to prevent it from spreading. And ultimately, we look to see if there might a role for this drug in prevention.

The classic drug for this example with more than 50 years of history is an oral anti-hormonal treatment for breast cancer called tamoxifen. Tamoxifen was initially shown to be able to shrink a lump of cancer. Researchers then considered, if it can shrink cancer, maybe it can prevent cancer from coming back. Then they took it a step further and studied whether the drug could prevent cancer from developing in the first place in people who are at increased risk of breast cancer. The answer was yes, and that’s how tamoxifen became what we call a chemo-prevention agent, which is used to prevent cancer from developing at all.

The way we used to do research is that one drug would only used for one type of cancer. But in today’s genomic age, we can do what’s called basket studies. Whole tumors are sequenced to find a mutation that drives tumor growth. Patients can then be enrolled in studies that are agnostic for disease type, but specific to their mutation, whether it’s in a breast tumor or lung tumor or any other type.

Through these basket studies, it’s not uncommon for drugs to be developed with one disease in mind but found to be effective in other diseases. Through drug repurposing, old drugs can be used for new uses.

In fact, my major research right now is actually repurposing a drug used to treat a copper storage disease called Wilson’s disease but I’m actually using it as an anti-metastatic agent for breast cancer. The way we make these connections is by following the science and networking with research colleagues. In this case, a lot of laboratory and Phase I safety and dosage work had already been done on this drug by scientists at the University of Michigan in the 1990’s. The science behind the studies they published piqued my interest in using this drug to try and prevent breast cancer coming back in my own patients. So we developed and conducted a clinical trial in which we gave it to women who were at very high risk of recurrence. The results were terrific and are leading us to a new randomized Phase II clinical trial that will be opening at Dartmouth Cancer Center in 2023 for almost 200 patients.

Bringing the drugs to patients

Depending on the results of the Phase I and II clinical trials, the next step is applying for FDA approval for clinical use of the drug in all patients who might benefit from it. Usually by then Pharma or a biotech company is involved. These partners submit a new drug application and handle the approval process, ramp up manufacturing and distribution capabilities and commercialize the drug through marketing.

Development of drugs can take five years or more. In the meantime, clinical trials are a great way for eligible patients to get early access to promising treatments that insurance companies do not yet cover.

The last major drug to be approved by the FDA for triple negative breast cancer is called Trodelvy® (sacituzumab). Prior to that it was Halaven® (eribulin). Both drugs were found to make people live longer. We were working with both drugs for years before they were FDA approved. The patients who enrolled in those clinical trials got early access to the drugs and were able to live longer and reach more milestones. We have several more trials opening up for breast cancer that I’m similarly excited about.

The aim of building a clinical trial portfolio is to have something for everyone and always be adding new trials as others close. Being located in a rural area, we’re particularly focused on our unique population of patients and their needs. All Dartmouth Cancer Center patients are screened by their cancer specialist teams for eligibility for clinical trials. We can partner with generalists at other hospitals as well as network with colleagues at other cancer centers who may be leading trials for which our patients are eligible. We are all working toward the same goal. 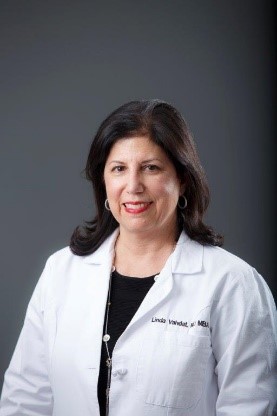